A long-term project for the residents in the art class was making some giant fantasy flowers, inspired by the ones in the movie Oz the Great & Powerful. 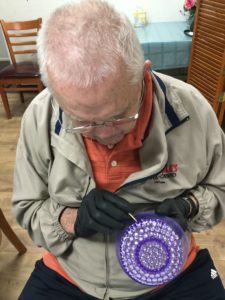 Ours were destined for the 9th birthday of the twin girls that spend a lot of time on the facility grounds. We made the flowers purple and pink because those are the girls’ favorite colors. 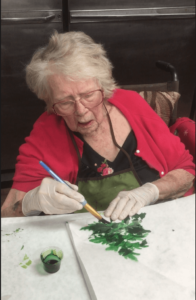 The day we had the party to give the gifts, it was too hot for the residents to go outside. So instead we had a game that could involve the residents inside while the twins ran around outside. Rather than just give them the flowers, it was turned into a treasure hunt. 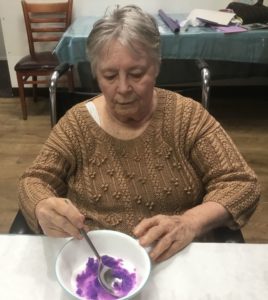 The residents had half the clues. When the twins found an outside clue, it would say “X (resident)” has your next clue .The residents didn’t always remember where they kept the clue, so that was part of the hunt and everyone had great fun! 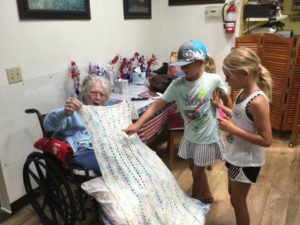 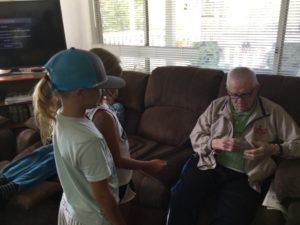 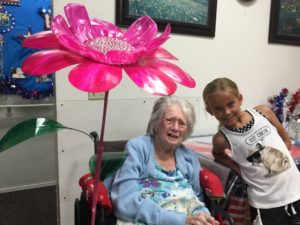 The twins with their flowers, cards, animal boxes, and other gifts that the residents made in the art class 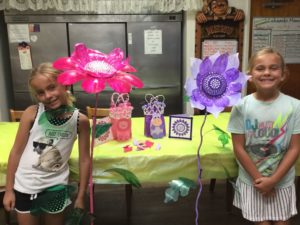 The whole group at the party, with the giant flowers from Oz in the background. 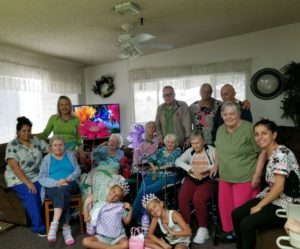