Caring for a loved one with dementia can be very challenging. While keeping them at home may seem like the right thing to do, there are many benefits to considering a professional Dementia Care San Diego facility. If caring for your loved one is your first experience in dealing with dementia, the changes they undergo may be surprising and overwhelming. Without a deep understanding of the disorder, it isn’t unusual for family members to fall short on giving their loved one the degree of care they need.

Dementia refers to the decline of mental ability and memory loss that is severe enough to prevent the person from carrying out normal daily functions. There are different forms of dementia. Alzheimer’s is the most common type, accounting for 60% to 80% of all dementia cases. The majority of the remaining cases can be attributed to three other types. Although all forms of dementia share some characteristics, each type has unique clinical differences and symptoms.

The Four Most Common Types of Dementia

1 . Alzheimer’s – The most common type of dementia occurs by interfering with communication between the nerve cells in the brain. Scientists believe an excess of protein fragments and tangles of two types of protein between nerve cells are the cause of cell death and tissue loss. As the disease progresses, the brain shrinks and becomes increasingly unable to perform normal functions. It also changes their behavior and can cause mood swings. Some people become more aggressive while others start to withdraw.

Alzheimer’s is especially severe in the area of the brain responsible for forming new memories. This is why a person may require dementia care in San Diego to help them with simple tasks and everyday living. They may remember a recipe that they have used for years but forget that they turned the stove on minutes ago to prepare it.

Alzheimer’s is heartbreaking for those people who are closest to the affected family member. As the disease progresses, they begin to lose long-term memories. A person may not recognize their own spouse or their children. 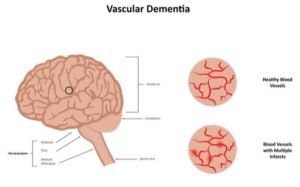 The symptoms of vascular dementia resemble those of Alzheimer’s. Both conditions can occur together in “mixed dementia.” Unlike the gradual progression seen with other types of dementia, vascular dementia may appear suddenly. Then, the individual may get better or worse over time. Vascular dementia symptoms include confusion, disorientation, difficulty with speech and vision loss following a stroke. 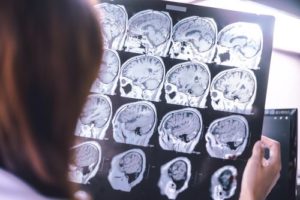 In the past, people who suffered memory loss were just considered to be “senile.” Experts believed that forgetting things was just a sign of aging and that some people experienced it to a greater degree than others. While we continue to learn more about the causes and risk factors of the various forms of dementia, we now know that it is not a normal sign of aging.

There are some differences in the way varying forms of dementia occur and the symptoms they produce. The most common symptoms found in all of these conditions are memory loss, difficulty doing everyday activities, and changes in a person’s personality and behavior.

Although dementia is not itself a specific disease, it is usually caused by a disease and it is progressive. At first, the worst problem the person may have is remembering where they left their keys. Eventually, they may not recognize their own home or be able to have a conversation with their family.

While there are drugs available today that help slow down the progression of symptoms, nothing will reverse existing damage. The only certainty with dementia is that things will get more difficult.

Diagnosis: The First Step towards Dementia Care in San Diego

Family members and others who spend time with the person daily are more likely to see early symptoms of dementia. One you recognize changes in your loved one, the next step is to get a diagnosis. Their primary care doctor may recommend a neurologist either without or after an initial evaluation.

Getting the person to the doctor’s appointment may be as simple as telling them you are taking them for a “brain checkup” or a memory test. Some people are more difficult to convince as they may not be aware of their own symptoms. Try being upfront first. If you don’t have any luck, try a different approach. Even if you have to bribe them with a trip to their favorite ice cream shop, the diagnosis is well worth the effort.

There is no single test used to diagnose dementia. However, the doctor may use several tests to rule out other conditions and to help pinpoint the type of dementia your loved one has. A doctor must determine impairment of at least two core mental functions that interfere with the person’s daily living before giving a diagnosis of dementia. These core mental functions include:

A diagnosis is important to help you plan for the future of your loved one and to rule out any other conditions that might cause their symptoms. Pinpointing the type of condition they have can help you understand the changes they have already undergone and those that might occur in the short- and long-term progression of their disease.

Caring for someone with dementia can quickly become a full-time job that is both physically and emotionally demanding. The sooner you know the type of dementia your loved one has, the better you will be able to get them the appropriate treatment for their needs.

Giving the person the right kind of care will also make a difference in how well they cope with their condition. It isn’t enough to keep them comfortable and to provide their meals. Dementia patients benefit a great deal from physical activity, stimulating mental activities, and having an established routine. These are just some of the benefits they will receive with experienced and dedicated dementia care in San Diego.

Making the decision to put a loved one into an assisted living facility may be the most difficult one you ever have to make. Adult children are often overwhelmed by guilt for taking their parents out of their own home. You may not see it now, but there will be many other difficult decisions to make if you are the primary caregiver. Each decision you make will offer new challenges. For example, how will you decide when your loved one is no longer safe behind the wheel of a car without upsetting them or waiting until it is too late?

You can take solace from the fact that placing your loved one into dementia care will serve to improve their quality of life. Trained and understanding caregivers can help your loved one cope with their symptoms and give them the opportunities to enjoy more of the things they still enjoy doing. They understand the problems patients have communicating and the unpredictable behaviors that result from their condition. 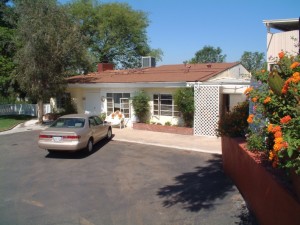 There is no single prescription that helps every dementia patient. In addition to medications, a new diagnosis often includes instructions for diet changes and an increase in exercise to aid in memory preservation. Music therapy has shown potential as an intervention for cognition in some dementia patients. In addition to activities like music, art, and craft therapies, we also provide physical therapy for our clients with Alzheimer’s and dementia as part of our dementia care programs in San Diego.

Therapy helps with strengthening muscles and improving balance and mobility. These improvements help reduce the risk of falls; the leading cause of injuries to seniors. Seniors with dementia are at an even greater risk of falling.

Most people have other responsibilities that prevent them from taking on the role of caregiver around the clock. Seeking dementia care in San Diego is the better alternative for keeping your loved one active and healthy. Enjoy the peace of mind that you will have from knowing that someone who understands your loved one’s condition is always close by to provide the understanding care they need.

How to Properly Care for Dementia and Alzheimer’s Patients