Alzheimer’s disease currently affects over 5.7 million people and is the sixth leading cause of death in the United States. Memory loss medication can’t stop or slow down the progression of this disease, but they can help manage many of the common symptoms that go hand in hand with it.

Alzheimer’s disease is a brain disorder that is progressive and irreversible. It slowly starts to destroy a person’s cognitive skills and their memory. Eventually, it progresses far enough that people who have it can’t carry out simple everyday tasks. Medical experts generally split this disease into two different categories including:

No matter which type of Alzheimer’s a person has, there are several common symptoms that go with both types, and they go into three stages.

Early Onset Alzheimer’s is the first stage, and it typically lasts anywhere from 2 to 4 years before it progresses. The symptoms include:

Moderate Alzheimer’s is the second stage of the disease, and it can last between 2 and 10 years.  The symptoms start interfering more with everyday tasks, and they include:

Severe Alzheimer’s is the final stage of the disease, and it can last between 1 to 3 years. The symptoms can make someone completely dependent on other people for everyday care, and they include:

Medications have advanced over the years, and there is now a class of different drugs that can help control the common symptoms that come with each stage of Alzheimer’s disease. These medications are commonly grouped together as Cholinesterase Inhibitors.

Cholinesterase Inhibitors work to prevent a chemical messenger in the brain called acetylcholine from breaking down. Acetylcholine is important for helping improve memory function, and it supports communication between nerve cells. They can also help to delay the symptom progression or severity. There are five main medications people use to treat the symptoms that occur during the various stages of this disease. 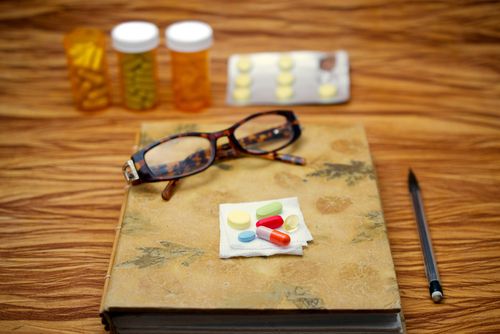 Aricept is a medication that can treat Alzheimer’s disease symptoms during all of the stages of the disease. Its basic function is to help preserve memory by improving how well the brain’s nerve cells function. This medication prevents the breakdown of acetylcholine, and this chemical is largely responsible for memory, reasoning, and coherent thinking.

It’s important to note that people with Dementia or Alzheimer’s usually have lower levels of the chemical acetylcholine in their system, so this medication can help to slow down the progression of the disease. Side effects of this medication are rare, but they typically include things like vomiting, nausea, and feeling lightheaded.

Razadyne is another common Alzheimer’s medication, and it can treat mild to moderate Alzheimer’s symptoms. It works by slowly restoring the balance of neurotransmitters in a person’s brain. It can help to treat mild or moderate confusion levels, as well as improve awareness, memory, and the ability to perform day to day tasks.

Typically, you start at a lower dose with this medication and slowly increase it until you meet your target dosage. You should start to notice an improvement in the person’s awareness, and they may seem more present and focused. This medication does come with some mild side effects including nausea, loss of appetite, dizziness, and diarrhea.

Exelon is a Cholinesterase inhibitor that can help to control the symptoms that come with mild to moderate Alzheimer’s disease. It works similar to Razadyne, and it also helps to restore the neurotransmitter balance in the brain. In turn, this can help to treat the confusion that Alzheimer’s brings, as well as improving memory, awareness, and the ability to perform daily tasks.

The doctor usually starts on a lower dose to decrease the chances of side effects, and they’ll gradually increase the dosage over a period of two to four weeks until you get to the target dosage. The common side effects that can appear when the doctor introduces this medication include nausea, vomiting, and loss of appetite.

A doctor will typically prescribe Namenda when a person reaches the moderate to severe stages of Alzheimer’s disease. The basic function of this medication is to block glutamate, which is a natural substance found in the brain. Glutamate is thought to be responsible for causing more severe confusion, coordination problems, mood swings, and insomnia.

You start taking it once a day, and the dosage slowly increases as your body will tolerate it. As it starts to work, you may notice that the memory capabilities start to improve, there is a greater awareness of the surrounding environment, and it’s easier to perform daily tasks. Common side effects include constipation, dizziness, nausea, and vomiting.

Namzaric is the fifth medication that can help alleviate common Alzheimer’s symptoms. Doctors can prescribe it for moderate to severe symptoms, and it helps to regulate any irregular activity associated with the natural chemical Glutamate. It also helps to slow down the breakdown process of acetylcholine. There are two medications that work in tandem in Namzaric.

It’s important to note that this medication doesn’t stop Alzheimer’s disease from progressing. However, it can help people be more aware of their surroundings, and it can help them perform day to day tasks more easily. Common side effects of Namzaric include nausea, headache, constipation, vomiting, dizziness, confusion, and loss of appetite.

Alzheimer’s disease can be a scary diagnosis, but Alzheimer’s medications can help to reduce the symptoms. If you have any questions or concerns, or if you’d like more information, contact us. Our staff are ready and willing to help and get you the answers you need.