The world we live in is beautiful beyond words and is truly one worth marveling at. Unfortunately, not all of us will continue to admire the world around us, especially if we fail to recognize the early signs of glaucoma.

How many of us are at risk of potentially losing our vision due to glaucoma? The numbers can be quite staggering.

Over 3 million Americans are estimated to be living with an eye ailment. What’s even more concerning is that once your vision starts to degrade due to glaucoma, there is no getting it back. It truly is a cruel ailment that can rob anyone of such a valuable gift.

The idea of losing your ability to see can be terrifying, but you are not powerless against it.

By being vigilant about eye care and recognizing the early signs of glaucoma, you can manage how the ailment affects you and your loved ones. Read on to find more about glaucoma, how to recognize it, and what actions you should take against it. 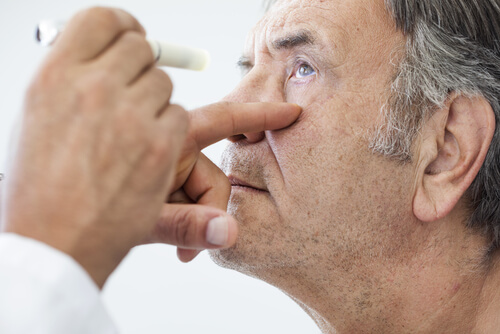 Most people know glaucoma as a condition that can rob you of your eyesight if it remains unchecked, and that is a pretty apt summary of what it is. Still, it helps to learn more about it so that you have a better idea of what you’re potentially up against.

First off, it’s worth noting that glaucoma is not one single ailment. Rather, it is a group of conditions that affect the eye and the optic nerve specifically.

People with glaucoma wind up with badly damaged optic nerves. That’s a big problem since you need a healthy optic nerve to see clearly.

Often, the cause of the damage to the optic nerve is pressure building up around your eye.

That pressure is the result of a fluid known as the aqueous humor, being rendered unable to move freely through its intended passageways. With the fluid unable to go anywhere, it continues to gather near your eyes, and it exerts pressure on its surroundings with the optic nerve among the things it can potentially damage.

Due to how glaucoma causes vision loss, there is no way to bring back what you have lost. Your best bet is to spot it early and prevent it from taking your vision. There are also ways to treat glaucoma that we will get into later in this article.

For now, let’s first focus on the different types of this disease.

What Are the Different Types of Glaucoma?

There are two main types of glaucoma, but there are fewer common variants that can also affect some members of the population. Let’s learn more about those different types in this section of the article.

If you do end up developing glaucoma, there’s a good chance that it is of the open-angle variety. Of the estimated 3 million Americans currently living with the disease, around 2.7 million of them have open-angle glaucoma.

For people with open-angle glaucoma, the issue stems from the fluid in their eyes not moving quickly enough. With the fluid unable to move quickly, it can pool instead, and that causes additional pressure to be placed on your eyes and your optic nerve specifically.

The exact reasons why an individual’s optic nerve is damaged if the pressure level is normal remains unclear, but experts believe that it could be due to the nerve being more sensitive than it typically is.

People who have angle-closure glaucoma have issues related to the structure around their eyes. To be more specific, the opening where the iris and cornea meet may be blocked by a segment of the iris. Because of that blockage, the fluid in the eyes does not drain correctly, and pressure accumulates.

Here are the less common types of glaucoma.

As its name suggests, congenital glaucoma is a condition that children are born with. The condition causes the fluid around their eyes to drain slower than normal.

In cases of pigmentary glaucoma, the main issue is related to your iris. Pigments of your iris may start to mix with the fluid surrounding your eyes. The pigments in the fluid may then clog the drainage channels, thus leading to an accumulation of the fluid and applying additional pressure on your optic nerve.

You may also develop glaucoma due to other diseases you’re already dealing with. Cataracts and diabetes, in particular, are known to cause the development of secondary glaucoma.

What Are the Symptoms of Glaucoma?

Considering how potentially damaging a bout with glaucoma can be, it would be in your best interest to address it as soon as you can. Watching out for the early signs of glaucoma is crucial, although there are cases where your body won’t give much of a warning at all.

The Symptoms of Open-Angle Glaucoma

We noted earlier that open-angle glaucoma is the most prevalent kind. That fact is particularly troubling because a lot of people who have or will develop that condition will likely not know about it until it’s nearly too late.

People who have open-angle glaucoma may have already had it for years. The only reason they didn’t know about it is because it hardly presents any symptoms.

Open-angle glaucoma can lead to blind spots developing in your vision, but because they primarily affect your peripheral vision, you may not notice them right away. Developing tunnel vision is a clearer sign that you have open-angle glaucoma, but by that point, the disease has already reached an advanced stage, and has likely altered your vision permanently.

The Symptoms of Angle-Closure Glaucoma

In contrast to open-angle glaucoma, the symptoms of angle-closure glaucoma are easier to notice.

You may start to see halos forming around light sources. Angle-closure glaucoma could also lead to you developing blurred vision.

Additional symptoms include your eyes appearing redder. You may also start to feel discomfort around the areas near your eyes. Headaches and nausea are also symptoms of angle-closure glaucoma.

We urge people who are experiencing the symptoms mentioned above to see the doctor right away.

What Are the Risk Factors Linked to Glaucoma?

Several factors can contribute to you eventually developing glaucoma. Some of them are factors you can control to some extent, but others are out of your hands. Learn more about these risk factors so that you can assess the likelihood of you developing this damaging disease.

Your family history can play a significant role in you potentially having glaucoma. If someone in your family had or has glaucoma, it’s a good idea to have yourself checked as well.

Additionally, people of African American, Hispanic, Inuit, Irish, Japanese, Russian, and Scandinavian descent are encouraged to have their eyes checked early on as they are more susceptible to glaucoma.

Diseases such as Alzheimer’s and dementia are not the only things senior citizens need to be concerned with.

Glaucoma becomes something you need to worry about once you hit the age of sixty, but even at forty years old, having your eyes checked for the disease is a good idea. You may start to develop the disease even at that age and getting the early jump on it would be best.

If you naturally have thinner corneas and/or high eye pressure, you are also more likely to develop glaucoma. Naturally near-sighted and far-sighted individuals are more susceptible to the disease.

Having certain diseases can make you more susceptible to glaucoma. Specific diseases to note are diabetes, heart disease, and sickle cell anemia. People with high blood pressure are also at greater risk of developing glaucoma.

Folks who take certain types of steroid medication are also more likely to have the disease.

Lastly, if you sustained an eye injury in the past or had surgery performed on your eyes, the odds of you getting glaucoma are higher than normal. 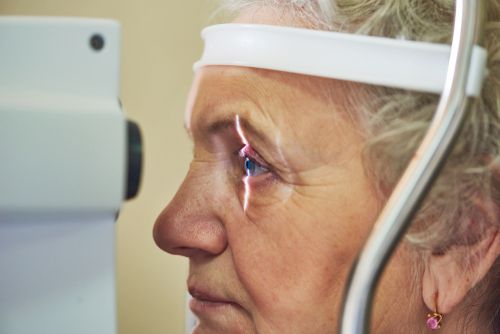 What Steps Can You Take to Prevent the Onset of Glaucoma?

At this point in time, there is no way for you to completely avoid glaucoma. The good news is that you can still treat the disease. The even better news is that there are preventative measures you can take to mitigate the impact the disease has on you and your eyes.

The best way to prevent glaucoma from robbing you of your sight is to spot it early on. To do that, you will need to head to the doctor for routine examinations.

Scheduling these eye exams early on can turn out well for you.  Given that people become more prone to glaucoma starting at the age of forty, scheduling regular eye exams once you hit that milestone is a good move.

Once you reach forty, having your eyes examined every two to four years should suffice, although you can bump that up to an annual thing if your family or medical history suggests you are at greater risk for the disease.

At fifty-five, you shouldn’t let three years pass without undergoing an eye exam. People sixty-five and older should have annual eye exams.

By the way, you don’t need to wait until you turn forty to have those tests. Going in for eye examinations once every five years should be good enough if you’re under forty years old.

These eye examinations are painless, so there’s no reason to shy away from them.

Make sure to take those eye drops as recommended as they can significantly slow down the development of glaucoma and potentially save your vision.

Apart from taking doctor-prescribed eye drops, there are other things you can do to lower your eye pressure. Exercising, in particular, should prove to be immensely helpful in that endeavor.

You can ask your doctor about what exercises you can perform to lower your eye pressure. Work those exercises into your daily routine to stave off the harmful effects of glaucoma.

Keep Your Eyes Protected When Engaging in Physical Activities

Eye injuries can increase the chances of you being affected by glaucoma. You’re more likely to sustain those injuries if you often play sports such as tennis or basketball. Having a hobby that involves working with high-speed power tools can also up the chances of you ending up with an eye injury.

Do yourself a favor and wear protective eyewear whenever you take part in those activities.

How Do You Treat Glaucoma?

Let’s say that you were unable to prevent the onset of glaucoma, and you are now suffering from its ill effects. Does that mean that you are too late to do anything? Well, not necessarily.

There are still ways to treat glaucoma to improve your condition.

Doctors may prescribe medication that can help lower eye pressure or perhaps improve the flow of fluid in your eyes. They can perform different surgical procedures to address vision issues related to glaucoma.

Congenital glaucoma, in particular, is often remedied through surgery.

Glaucoma is only one of the diseases linked to old age that senior citizens may need to deal with. You can help them battle those health issues better by entrusting them to the care of an assisted living facility. Contact Lakeside Manor and inquire about how they can ensure the comfort of your loved ones.

Fall Prevention Tips for the Elderly

Dealing with Depression in Seniors